I am going to post a series of posts with analysis of the CEAC data – which will educate and inform those who are not used to the DV process.

As we should all know there are certain factors that determine how many of the selectees in each region  can get their visa. Those factors are:-

So – let me start explaining some of that.

What do we mean by density?

Each principal winner is assigned a case number and the derivatives of the case are attached to that case number. So – if we take a large region such as AF region we might expect that 30,000 cases would mean a highest case number of 30.000. However, that is not correct. This year for instance there are 30066 cases spread over 55951 case numbers.  As I have explained before, there are holes (gaps) between the case numbers – so in fact there are nearly 26000 holes in the 55951 case numbers. Why is that? Well in Africa region around 23% of winning cases were disqualified before May 2015. Those winners were never informed of their win – they were disqualified because of some reason such as duplicate entries, bad photos or similar reasons.

In addition to those cases, several countries were “limited”. This happens where a country has so many entries that they would have too many selectees. This is explained in this illustration from DV2015. Essentially if we had one country with 10,000 entries, and another with 1,000,000 entries then we would see the larger country getting 100 times more winners than the smaller country. To avoid this impacting the lottery in an unfair way, some high entry countries are limited. This is obvious when we look at the density charts for each region – we see a stepping down of density of cases per 1000 or per 100 case numbers.

So – let’s look at the density charts for the 5 main regions.

Note the initial 23% disqualification rate and then noticeable decreases (stepping down) at about 14000 and 28000 (most likely Ghana then Egypt). 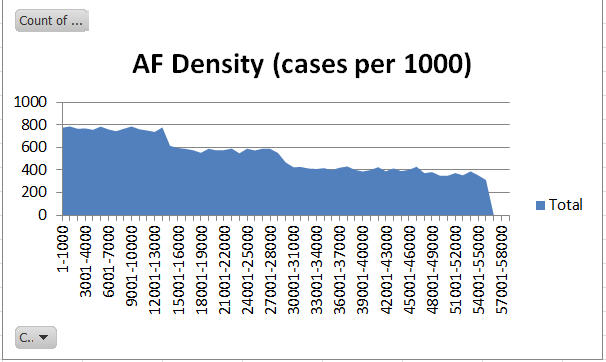 Note the initial disqualification rate of about 23% and then density reduction between 13000 and 15000. These are the “U2” countries (Ukraine and Uzbekistan) 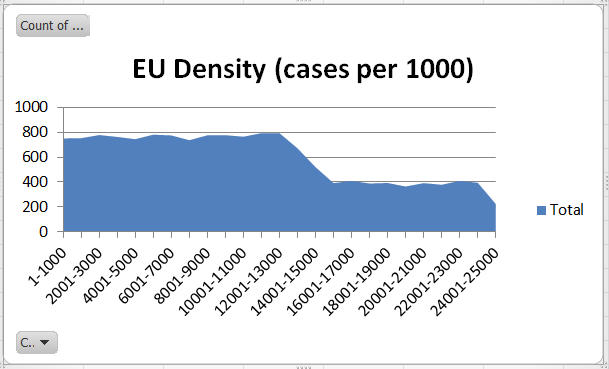 Asia has a low initial disqualification rate of around 5%, and then the two limited countries can be seen stopping at around 7100 (most likely Nepal) and 7500 (most likely Iran). We can deduce that in the early numbers (up to 7000), 40% of cases are from Nepal, 30% and Iranian, and 30% are from the resot of Asia (ROA). 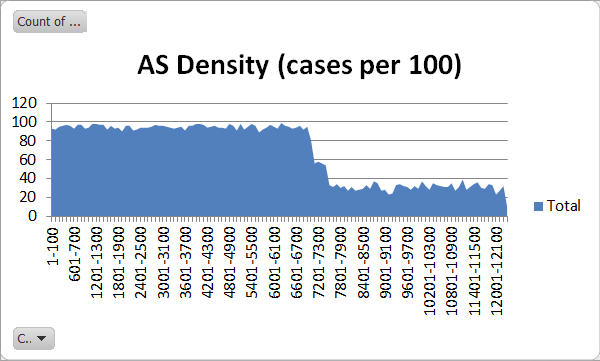 SA region does not have any limited countries – and has a small disqualification rate of around 5%. 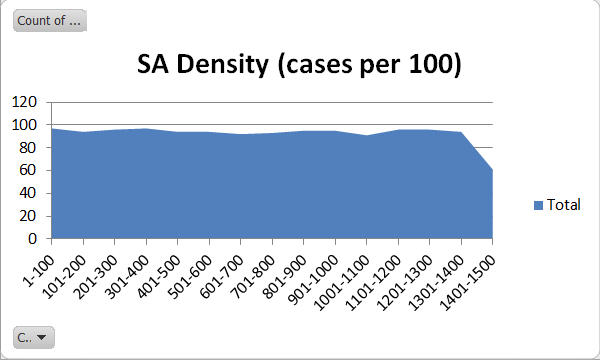 OC region also does not have limited countries and has a disqualification rate of around 5%. 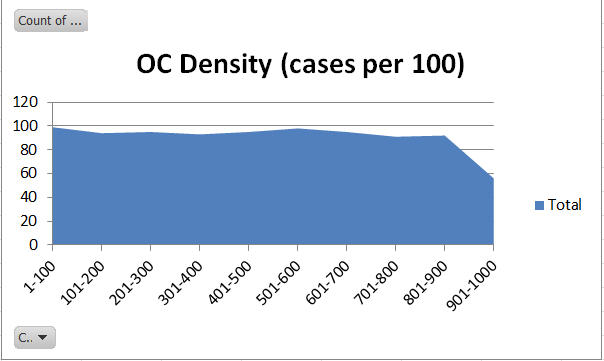