The Visa Bulletin for October interviews has been published. I always expect the VBs to be published between the first and the 15th of each month, so it is interesting that they published right on the first day. For DV2023 cases this is the first VB that affects scheduling. Now – many people are going to look at the numbers and come up with all sorts of theories about what it means for the rest of the year. Honestly, it is not that simple. You cannot predict the whole year based on the first VB. So please don’t try that or fall for the “pronouncements” of others who think they know. They don’t.

I am interested to see the “except” countries. I explain below why some countries are called out that way, but there are some “new” countries added to the list that are not normally added. That represents to me a little more tight control by the VO, which I hope will mean this year will be run better than the last three years. 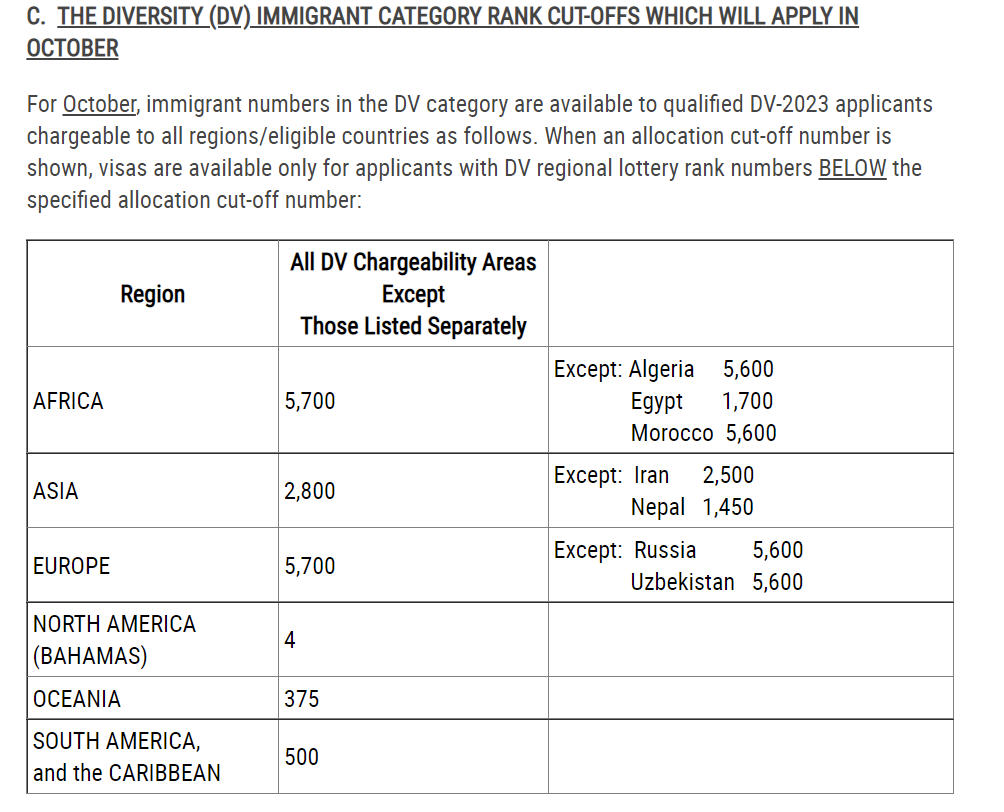 Video to explain how to read the VB

Those that are current, and have forms processed early enough, can normally expect their 2NL in the next 2 to 3 weeks from now. The new no documents procedure is still a little unknown, so we will have to wait and see exactly how that goes.  This is supposed to be the same every month. VB from the 8th to the 15th of each month, and 2NLs in the second half of the month. For the last few months there have been 2NLs in daily batches. I would normally expect all the interview 2NLs to have all been sent by the end of this month, but we can see recently they are exceeding that to try and get as many interviews in as possible. They can be sent right up until the last day of the month, and even the first few days of the following month during exceptional times.