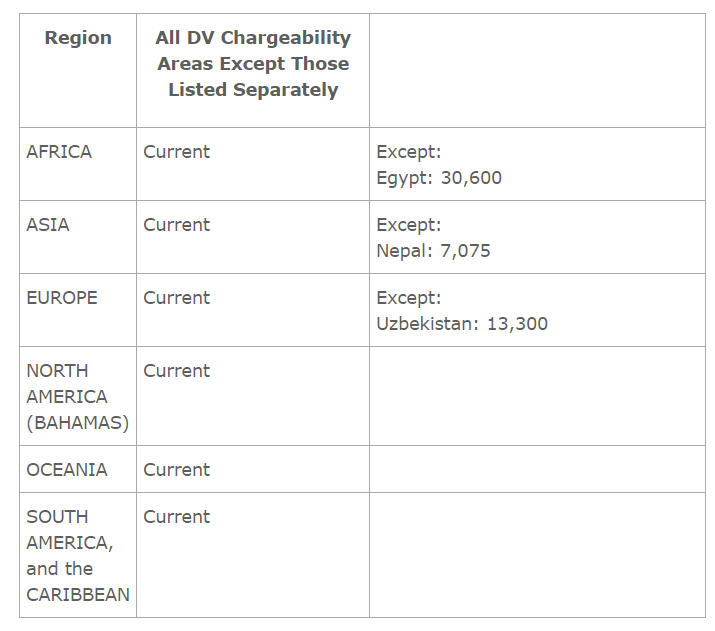 The July visa bulletin has been released. This is for August interviews.

As we can see the regions that were already current are still current and progress has been made on the limited countries. Uzbekistan has been added to the except list, which means they slowing down that country. Current means there are enough visas for remaining cases – so all cases in Ethiopia and Iran can now relax about their case numbers. Egypt and Nepal will have one month left to see what number they can get to. I do NOT have a prediction for those two countries – so all I can say is “wait and see”.