Every year, there are some people that do not proceed with their win. We call them “non responses” and this year we can identify them as the cases that are current but still showing “at NVC” in the CEAC data. However, we also know that someone may simply have submitted their form late and is waiting for that to complete. That case will also show as “at NVC”. So – we can look at the non response rate, but remember it is still “maturing”

This year, for the first time, the new DS260 form was introduced. We know the processing has created a backlog of processing, but it is also possible that the new form had an impact on how many people responded. Perhaps the change meant less people could get help with completing the forms, or perhaps having the form online made it more or less likely that people would complete it – we just don’t know. So – I took a look at the response rate thus far. 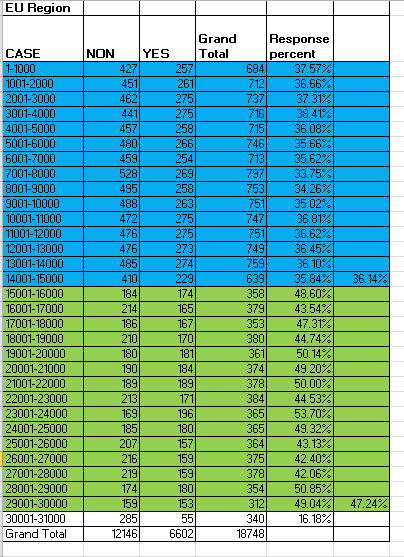 In AF region, the average response rate drops in the low 20K range. The reason for thisis because of the two countries limited in the VB, Egypt and Ethiopia. Those cases may have responded, BUT they are not current so they show as “at NVC”. 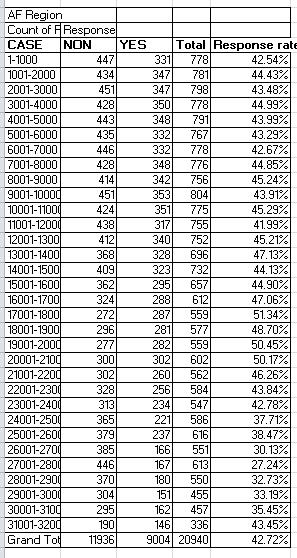 AS region is less revealing – and I have included it for completeness only. The average of 63% applies throughout the range. 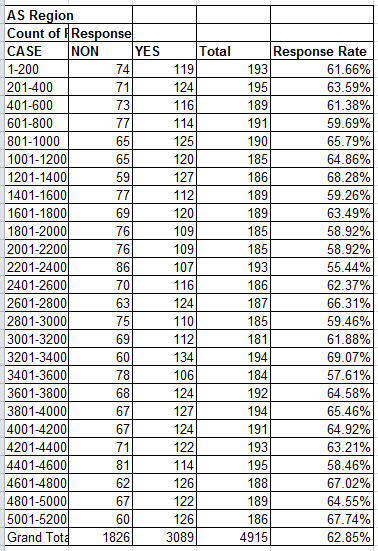 Hope that is interesting to some of you. All this information educates and demystifies the whole process. It is useful to analyze the data and make sure the patterns we see can be explained. I will keep an eye on this and issue an update at some point in the future.