I have extracted the CEAC data to track the progress as things stand at the end of January.

Globally, they issued around 1000 visas per week in each of the last two weeks. However, they are probably behind where they should be at this point and will look to increase to at least 5000 visas issued per month – so the pace of issuance will increase. There is still a large backlog of cases that were waiting for the DS260 to be processed – I expect that to limit the VB progress over the next month or two at least. 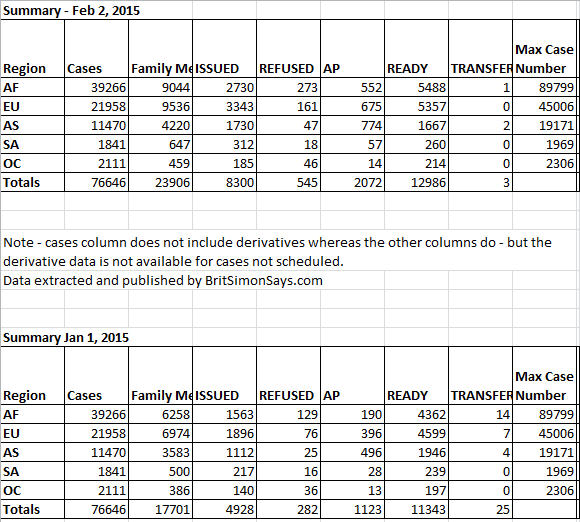 If you want to see the raw data the file is here.